Benito Garozzo is considered by many to be the best bridge player of all time. He was a member of the famous Italian Blue Team ("Squadra Azzura") in the 1960s and 1970s that won 10 Bermuda Bowls between 1961 - 1975. In all, he has amassed 13 world championships.

Born September 5, 1927 in Naples, Italy, Garozzo spent much of his youth living in Cairo, Egypt. He learned bridge under unforeseeable circumstances as a university student in Italy. While visiting his sister in Naples in 1943, Garozzo became stranded in the city due to the events of World War II. Stuck in Naples, Garozzo spent some time learning bridge with friends from a 1933 Ely Culbertson book. It was an inauspicious start. According to Garozzo: "None of us knew English, so we were playing a kind of bridge no one would understand." 1

After the war ended, Garozzo began studying bridge seriously. He pored through bridge books and played Autobridge, a popular solitaire tutorial game of the time. The 1950s were spent in a variety of occupations: accountant, Italian army conscript, and road construction businessman. 2 During this time, though, he continued playing rubber bridge and earning a reputation for declarer play.

In 1961, he was invited to join the Italian Blue Team - just 10 days before the Bermuda Bowl. Garozzo replaced Guglielmo Siniscalco, who had resigned from the team to focus on his business. Up until then, Garozzo had enjoyed success playing few or no conventions. This was not the Blue Team way. Eugenio Chiaradia taught him the Neapolitan Club system as quickly as possible, with the expectation that Garozzo would employ it with partner Pietro Forquet. The result? Garozzo's first world championship. He would partner the great Forquet from 1961 - 1969, and then again in 1972 to win 7 Bermuda Bowls. Garozzo later recounted, "During the years when the Blue Team was at its most dominant, we were a real team. We all worked together." 3

Garozzo's cardplay grew legendary in this era. Forquet later wrote: "When his partner goes down in a contract, Benito Garozzo never fails to point out unerringly 'You could have made it'. These words are not always intended to be critical since Benito says exactly the same when he has hit upon the winning line of play which could be found only double dummy." 4 American expert Grant Baze also once wrote of his experience discussing bridge problems with the Blue Team: "Occasionally, Forquet and Belladonna would say: 'This problem is too difficult, we are going to have to ask Benito.'"

Bridge was financially impractical as a full-time career during this time, so Garozzo opened a jewelry store in Rome in 1964. He also augmented his income by playing professionally in the Omar Sharif Bridge Circus from 1967 - 1971, when actor Omar Sharif paid Garozzo, Belladonna, Forquet and French expert Claude Delmouly to play exhibition matches around the world.

The Chinese-American businessman C.C. Wei, who invented the Precision bidding system, also hired Garozzo and Belladonna in the early 1970s. By this time, Garozzo was a scientific bidding enthusiast. He and Belladonna modified Wei's bidding system and dubbed it "Super-Precision". They would use it in world championships to represent Italy with great success. Alongside their Blue Team compatriots, the pair won 3 additional Bermuda Bowls in 1973, 1974 and 1975. Regrettably, the last of these victories was marred by a cheating scandal involving Blue Team members Gianfranco Facchini and Sergio Zucchelli.

In 1980, Garozzo began playing with the American bridge player Lea du Pont. This eventually led to Garozzo moving to the United States in 1987 and acquiring dual nationality in 1994. 5 He has lived in Florida and Delaware with du Pont, playing a highly complex artificial club system in both tournaments and online bridge games. (He has been seen playing on OKbridge with du Pont in the past.) As American expert Eddie Kantar puts it, they play "...their special Precision system that only two people in the world are capable of remembering - and they haven't found those people yet." 6

Garozzo's free time is reportedly spent at the racetrack or golf course. He can still be spotted at ACBL tournaments and has even quipped that he would like to represent the United States someday in a world tournament. 7 Whatever his future playing choices may be, he is already regarded as one of the greatest and most successful bridge players of all time. Bobby Wolff, a member of the Dallas Aces who competed against Garozzo for many years, says "I sincerely consider Benito Garozzo to be the best player ever - and I do not stand alone." 8

"Temperament is a lot in bridge. We had a team that had very good temperament. I was the worst one." 9

"In pairs competitions, you can effectively forget all about slam bidding. You need to concentrate on declarer play and defense - that is where most of the points are lost. At teams, you need to have more system, particularly for competitive bidding." 10

"The Blue Club system that we played years ago just is not good enough for top-level play today. Lea du Pont and I have improved on it a lot, and now it's ten times better than the old one. The old system was based on controls, and it has taken me many years to realize that was wrong. The distribution is the most important thing and you should gear your bidding to concentrate on that first." 11

"Heroic measures are rarely needed when leading against a game contract.... Not so against slams. Unless two tricks can be cashed at once, the defence must strike a telling blow to develop the setting trick by the opening lead. Later is too late. Games may be quietly defended, but slams must be attacked." 12

"You should never stop studying, no matter how many times you win." 13 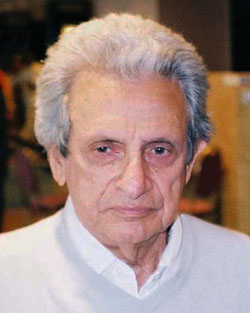 "You should never stop studying, no matter how many times you win."