Stayman is a convention used for locating a 4-4 major suit fit after partner opens 1NT. It is one of the oldest and most widely used conventions in the world, since a major suit contract is often preferable to no-trumps. A response to 1NT normally shows at least a game-invitational hand with one or both majors.

Some examples of game-invitational (or stronger) hands opposite a 15-17 1NT:

, opener's rebids are as follows.

Stayman is named for the late American expert Sam Stayman. The convention was actually invented by his partner George Rapee in 1944, but it was Stayman who popularized the convention shortly thereafter. 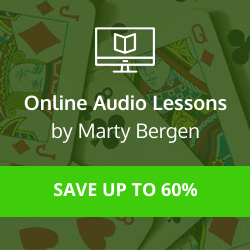